Using our Guest Author feature, spoken word artistes, poets, story writers etc. can now showcase their works on our website for little tokens. Simply fill out the form below and we’ll definitely get in touch with you. Click HERE to get started.

One who prays but doesn’t pray.
One whose “slaying” won’t lead me astray.
One who won’t be used like a public toilet.
One who can intercede for me even in her closet.

One who will not expose her privates like uncovered food.
But will expose Jesus as the Light in my neighborhood.
One whose lifestyle won’t give me high blood pressure.
One who won’t just see me as her man, but as her priceless treasure. 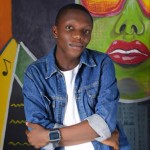